Serving up Some Fresh Feminazi Rhymes to an MRA 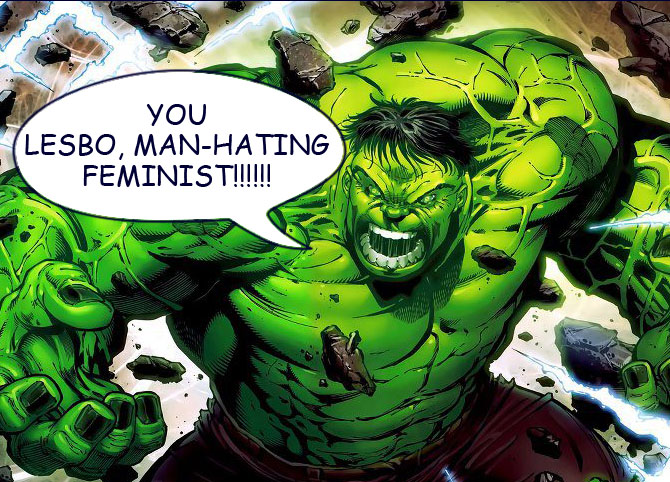 Met this dude online –
Talking shit, like he’s got us fooled.
Says, “Can you rhyme,
FeminaziSlut?” Now watch him get schooled!

Bill Banner, an anti-feminist, claims to be the moderator of the widely popular if somewhat mindless “feminist” Facebook page Women’s Rights News (which pretty much everyone and their grandmother likes,) having created this page for two possible purposes – 1. to have a forum on which to freely interface/argue with/spout propaganda at feminists, which he engages in frequently, and 2. to present feminism in a stereotypical, reductionist manner, serving the MRA agenda. Either way, it’s quite heavy-handed, but how do we know it’s not all part of the irony? (That’s how hipsters get away with murder!)
Bill and I have had some very interesting exchanges in the comments of WRN posts, which led to his commenting on my last blog post and inexplicably ended in verse. Enjoy!

Quit spouting points from a script,
Ignoring Feminism’s big rift!
FeminaziSlut is no man-hater,
No matter how much you bait her.
You’re not my prey, I’m not your game.
I didn’t come here to tame,
To subjugate or rearrange.
Just want a genuine exchange.

Bill asks me to rhyme. I say I must get in the mood.

I’m in the mood walking freely in the nude…
They say I’m lewd just a little too rude…
yep, and you know they get booed…*brushes off shoulder *

There’s nothing rude about your dick.
So get on with your nudist schtick!
I’ve seen a cock or two before.
(Let’s hope it’s not one to ignore. )

Deep down you know we all agree
And want our bodies to be free.
Respect the cock, respect the cunt.
No use in putting up a front.