Whose Image is it Anyway? 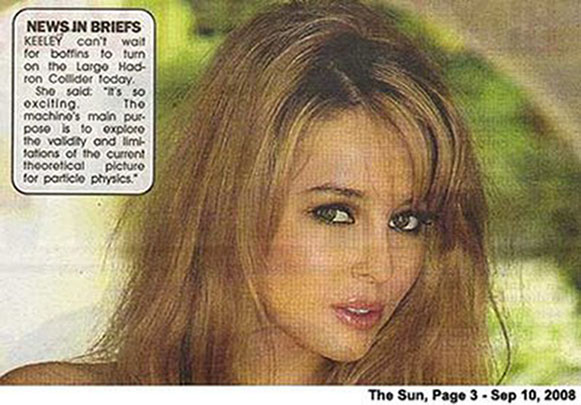 We live in an age where copyright laws are in flux due to the explosion of social networking and file sharing. First Amendment limitations such as “defamation” and “hate speech” have also become somewhat fuzzy.

As a result what we see on the Internet is an unfiltered reflection of ourselves as a society warts and all, except of course our shameful private parts – those must be censored for the sake of our children. So let’s look in the mirror and see what we have learned!

It seems it has been established that hate speech such as racism, and homophobia to a lesser degree, will not be tolerated in the public sphere, excluding very narrow conservative circles. Dare to ever use the N word in ANY context and you will be publicly shamed and risk losing your social standing. It will most likely cost you your job. I wouldn’t dare to even spell the word out on my blog as you can see. And yet when it comes to misogyny, gender slurs and rape threats – there is a painfully obvious blind spot in the public consciousness. Suddenly it becomes humor! Female comedians are left with the choice of capitulating to this or be perceived as prudish, humorless, overly sensitive feminists in the boys’ club that is comedy. They are stuck in a double bind: they can either go with the flow, betraying their sex, or solidify the notion that women aren’t funny in the eyes of their male critics who happen to call the shots – as comedy is among the last frontiers of feminism.

The same can be said of women in Silicon Valley. The boys still run the show. The boys still love rape “jokes” accompanied with a good dose of gender slurs. By gender slurs I of course mean “slut,” “whore,” “bitch” and “cunt,” among others. Somehow these don’t send shockwaves like the N word. But I digress. My focus is actually not the words themselves, but their context and intention. Why is it not “hate speech” under Facebook TOS to post a photo of a woman with the caption, “THIS IS HOW BITCHES GET RAPED!” and yet no one would dare to replace “bitches” with a racial slur, be the subject male or female? If they did it would be reported and removed immediately. NOW it is hate speech because you’re targeting a minority. Being that women are not a minority, no amount of hate against women as a group will ever count as “hate speech” in the eyes of our trusty mods. Of course they do officially list “sex” as one of the classifications hate speech can fall into, but everyone knows those words are just there for ass cover. No mod ever acts on it.

But never mind offensive “humor.” Contrary to what you might have assumed, I have no interest in censoring “bad” words, tasteless jokes or even outright hate. In fact I have very little respect for censorship, be it from Left or Right. That stuff can be boycotted, which is just the public exercising their freedom of choice and not paying for something they don’t support. But it is within an individual’s First Amendment rights to spew hate against any group, as long as this is not done through public airwaves and/or at the expense of taxpayers, and not be punished by law. However I take issue with threats of violence, libel and defamation when directed toward a specific individual, especially when this individual’s image is being used without his/her consent toward these ends. Penalizing such acts is not censorship. It is the protection of individual rights.

In well established industries like print and broadcast TV, fairly strict restrictions have been imposed. In order to publish or broadcast a photo or video of someone with their face recognizable one must obtain written consent. Such rigid restrictions of course don’t translate into the cyber jungle of viral sharing and meme generators. The question than becomes – who is liable, the user who uploaded the content or the company that hosted it? This question was raised when the infamous SOPA was introduced and largely criticized, as it attempted to hold the company responsible for the content of its users and their potential copyright violations. I’m by no means a proponent of SOPA, though I do believe the user can and should be held responsible.

While these copyright issues are being discussed, the attention is on the monetary value of content. In this context the violation of copyright is a theft of intellectual property. But what we were discussing earlier is a case of defamation and incitement to violence – more in the harassment territory than intellectual property infringement. That aspect is rarely discussed or agreed upon. There is something incongruent about having a law in place stating that showing a passerby’s face on national news without a model release is a violation of copyright while a Facebook page with a massive following is free to share photos of actual people, taken without their knowledge, with violent and hateful captions. Is Facebook responsible? Is the user? Apparently no one.

The Facebook issue has gained popularity in feminist circles. It’s an issue I strongly identify with, as someone who has been censored by Facebook for consensual partial nudity, while witnessing violent and abusive posts not being taken down. This was part of my motive for joining Reka Nyari’s photo activism project “My Body Belongs to Me” – a Facebook campaign involving topless profile pictures with painted messages emulating Amina Tyler, the Tunisian topless activist. Having a topless profile picture with the words “My Body Belongs to Me” put us at the crossroads of this discussion. Some of my feminist friends felt the campaign capitulated to Facebook too much by pixelating the nipples (which was done for obvious reasons.) Some suggested it was an appropriation of feminist ideas by the sexist world of fashion. We were too glamourous, too pretty, too skinny and too posed and well lit. Just eye candy and masturbation fodder – some had suggested. And of course there were men who definitely liked our page for “the wrong reasons.” And yet I continue to insist that, the male reaction has no bearing on the degree of feminism and self-empowerment contained in an action. The beauty of reclaiming my body is that I recognize my own autonomy while recognizing that of others. I’m free to share an image of my body because I know that nothing is taken away from me when I share this image. As noted by Amina, and all too relevant even in our western culture – my body is not a source of anyone’s honor. This means that I’m not bothered by the possibility of a man (or a woman) sexualizing this image and possibly masturbating to it, as long as this is not thrown in my face with lewd uninvited comments. Notably though the “My Body” campaign is primarily not about Facebook – it is more concerned with shifting the status quo while using Facebook as a tool rather than specifically targeting Facebook’s policy. Other efforts have targeted Facebook specifically – past campaigns battled the censorship of breastfeeding pictures. A current effort is based around informing Facebook sponsors who appear next to abusive content and boycotting those who take no action under the hashtag #FBrape on Twitter.

At the same time, another feminist campaign “No More Page 3” is calling for a ban on Page 3 of the Sun – a “soft-core porn” photo of a usually topless young model, that has been printed weekly since the 70s. Some of the same people who support nude protest like the above also support a ban on Page 3. I found this somewhat incongruous, as it operates from a rather arbitrary definition of porn and “sexualized nudity.” The arguments against it generally came down to the idea that the images are oppressive to women in that they impose normative femininity and sexuality on women and girls and teach boys to objectify women – the classic radical feminist standpoint. This standpoint is incompatible with nude protest in that nude protest can have the same effect if not the same intention of sexualizing the female body. Who decides when nudity is sexual and when it isn’t? Can it be sexual and political at once? Is it only oppressive to women if the woman in the photo is too skinny and glamorous – appealing to the male gaze? Would it no longer be oppressive if hunky men started appearing on Page 3 every other time? More importantly, this comes down to the issue of personal choice. The image on Page 3 of course belongs to the Sun, but at some point it belonged to the model – the point before she signed a release. There is no question this situation is that of informed consent – the model is getting paid for her work and is happy to be featured. Radical feminists would have you believe she is a tool of patriarchy, as are all models and most actresses. But if you’re not convinced of this, they will guilt you with the notion that these women are doing harm to other women by objectifying themselves and setting a bad precedent for men who will later objectify other women – relying on the same old conservative notion that sexuality and nudity in and of themselves, even when consensual, are dirty and imply degradation and a forfeiting of power. “Looked-at-ness” as coined by Gail Dines, is seen as a submissive male-imposed form of sexiness – as if a woman could not return the gaze and gains no power from being desired. As if men and boys will look at sexualized images of consenting models and have no way of differentiating between this experience and that of interacting with actual women who may or may not welcome their gaze and their advances. The assumption is of course based on the idea that this kind of modeling is not truly consensual in that the models are “tools of patriarchy” or “sucking patriarchy’s dick” as FEMEN would put it. So naturally men learn to sexualize non-consenting women. Some suggested that the quotes that appear along the images are not the models’ true thoughts and therefore are disempowering to the women. I suppose we’ll never really know, but I insist that if the model does not feel that her consent had been violated – there is no oppression here, as this image certainly belongs to her more than to a group of radically-minded feminists who are attempting to decide what’s good for women and men overall. Efforts like this tend to dilute the focus on consent and personal autonomy and veer into censorship territory, undermining true rights violation campaigns like #FBrape.

Update 05/28:
Facebook came out with a white flag and tail between their legs doing the best they could muster to sound like they just got out of a women’s studies class. Yep, the market has spoken. Turns out women buy shit too!